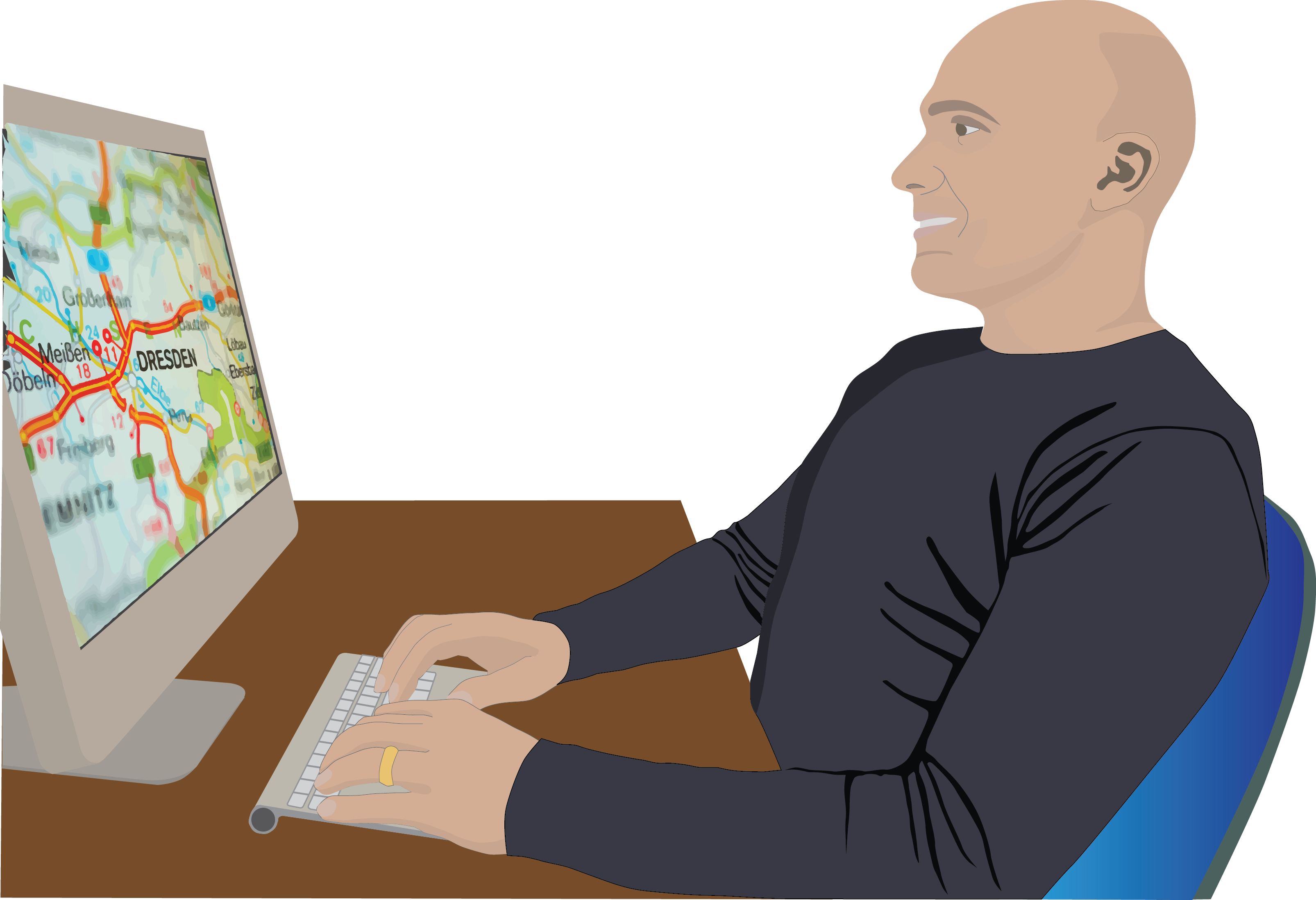 Alexander lives in Dresden, the capital of Saxony, in Germany. Most of his relatives live near the city and he sees them often. His younger brother has left Dresden and is now working in the Frankfurt area. His fiancée is from the Stuttgart area but feels quite at home since the Saxon mountains are not far from the city. Alex graduated from university with an MBA; he focused on math and macroeconomics. He quickly got a job at the Deutsche Bank in Dresden. Alex has minor vision problems; he cannot distinguish red and green colours, like 10% of the male population. Some people confuse this condition with achromatopsia (complete colour blindness), which is actually very rare.

A day in the life of Alexander

At university, Alexander had problems with some of the lecture materials, mostly when they contained graphs with colour-coded legends. Classes on statistics often used line charts and Alexander was often unable to figure out the difference between lines describing the evolution of the net profit of several companies. The same problem also occurred with bar charts where the bars could only be distinguished by colour and not by different textures.

Alexander now works as a loan manager and is very successful. Whereas as a student he was dependent on trains and had trouble reading coloured metro network maps, he now drives his own expensive car. He no longer needs to ask for help with reading network maps when trains are late and he needs to figure out an alternative route. And traffic lights pose no problems as long as there isn’t too much sunshine. Alexander bought a car with a navigation system that can be controlled through speech recognition.

Today, Alexander returns home from work later than usual. At work, he had to work with some charts about one of the pension funds they are managing. Peter, his co-worker, had put red and green sectors adjacent to each other. Alexander accidentally mixed them up because the data were described by colour only. As a result, the presentation he prepared based on the data drew incorrect conclusions. He was only lucky that Peter had another look at the slides. It took another 3 hours to rewrite the text and get additional images to support the new conclusions. What a waste of time! Peter promised to double check his next charts and make them more readable.

On weekends, Alexander loves to go and watch Dynamo Dresden playing football in their new stadium. Although they are not in the highest league, they will be playing away against Werder Bremen this year. Alexander is not sure yet if he should buy tickets for the game: Werder Bremen’s green home colours make the players hard to distinguish from Dresden’s with its red away colours.
On weekends when Alexander does not go to the stadium, he likes loves to hike with his girlfriend Tina. The trails around Dresden are all marked well and the views from the many rocks are spectacular. Tina is good at following trail signs, in particular those he confuses because they are red or green.

Image: © Copyright: The University of Southampton, 2016. This image is made available under a Creative Commons Attribution 4.0 International Licence (CC BY 4.0).

MOOCAP is funded by the ERASMUS+ grant program of the European Union under grant no. 2014-1-DE01-KA203-000679 (MOOC Accessibility Partnership), through the German Academic Exchange Service (DAAD). This website reflects only the project’s view and neither the European Union nor the DAAD are liable for any use that may be made of the information contained herein. For more details, including contact details, see also our impressum / legal notice.